← more from
Lakeshore Records
Get fresh music recommendations delivered to your inbox every Friday.
We've updated our Terms of Use. You can review the changes here.

Not To Be Unpleasant, But We Need To Have A Serious Talk (Original Motion Picture Soundtrack) 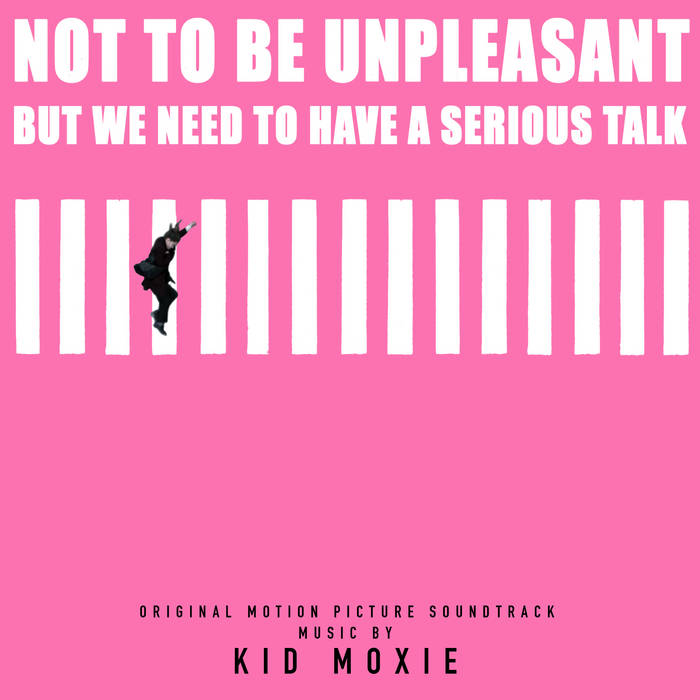 In the film, womanizer Aris finds out he is a carrier of a sexually transmitted virus, lethal only for women. But he is also the only hope for a curing vaccine if he finds which one of his ex-girlfriends had the first viral strain.

Says Charbila: “I wanted to make familiar places and feelings seem unfamiliar in order to create a sense of emotional alienation which is at the heart of the film. Synthesizers tend to create a foreboding sonic landscape that suggests the future but can also evoke a kind of nostalgia for a past we have lost, which I find fascinating.”

ABOUT KID MOXIE
Kid Moxie is the musical moniker of Greek-born singer, songwriter, actress, and composer Elena Charbila, who splits her time between Athens and Los Angeles.

Kid Moxie was founded in East Los Angeles in 2009.  During that year Kid Moxie performed at local venues around the L.A area while writing her first album “Selector” which was released in 2009 by Undo Records/EMI Greece.

From 2009-2012, Kid Moxie was also involved with the David Lynch Foundation, where some of her music was featured. This is a non-profit label featuring exclusive tracks by leading artists like Moby, Tom Waits, Iggy Pop and Maroon 5 among others.

Kid Moxie’s second full-length album, titled “1888”, (released 2014 by Undo Records/ EMI Greece) featured collaborations with artists such L.A producer and DJ sensation The Gaslamp Killer and Twin Peaks legendary composer Angelo Badalamenti with whom she worked on a new version of ‘Mysteries Of Love’ which he co-wrote with David Lynch and had been originally recorded with Julee Cruise. “She's a great talent that brings her own voice and artistry which I appreciate very much,” said Badalamenti. They recorded a new version of “Mysteries of Love,” which premiered in Vogue.  The video premiered by Vice and later featured at the Ace Hotel in LA at David Lynch’s annual soiree.  “1888” received substantial international press coverage by some of the world’s top outlets like Vogue, Noisey, Stereogum and many more.  Entertainment Weekly called the album “John Carpenter-esque synthesizers as the foundation for icy pop songs with a hint of new wave,” while Stereogum described her sound as “eerie, celestial, odd and exquisite.”

Her latest full-length release titled “Perfect Shadow” ( released 2016 by West One Music Group), also features collaborations with The Gaslamp Killer and remixes by Astronautica (Alpha Pup Records) and European electropop sensation Marsheaux (undo/EMI) amongst others.  Her last music video “Dirty Air” premiered on Noisey, who called the track “very cinematic, very Drive,” and the album premiered as a full album stream on Nylon, who found it “refreshing to be treated to an album as conceptually whole from the sweeping, dreamlike intro to the eerily whistled finale.” “Perfect Shadow” also received some great attention from the press by the likes of Nylon, Vice, Noisey, Earmilk and many more.

In addition, her music has been used by multiple TV commercials including Victoria’s Secret ad campaign, video games, and several TV shows and numerous indie films. She recently signed to Schubert Music Publishing worldwide and will release her next album through one of their newly formed labels.

Bandcamp Daily  your guide to the world of Bandcamp

Semiratruth joins the show to discuss their latest release, "loading..".